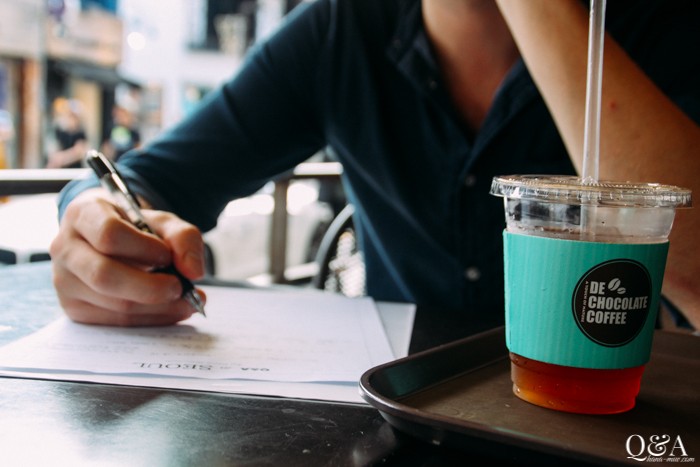 The French designer Sandra Meynier suggested me to do the Q&A in Seoul interview to Pute Deluxe, formed by Julian Quintart y Yann Cavaille. Here’s the first interview.

After the Adidas Flagship Store party in Apgujeong, where he was as DJ, some photos with his fans, and few signatures, we get to the nearest cafe. Julian Quintart came to Korea 10 years ago (happy anniversary!) for an exchange and stay since then. Why? “Things just came up”. Reading the interview you can tell he’s just taking all the opportunities that come across. If you’re a foreigner you probably know him for his, and Yann Cavaille’s, Pute Deluxe parties (great roof parties this summer) but if you’re Korean (or are into Korean TV shows) I’m sure you know him for the now well-known program Non-Summit / Abnormal Summit (비정상회담).

If you want to know more about Korean underground music he’s running a website about it: golmokgil; if you want to join the next party with Pute Deluxe check their facebook page.

Now, time to read the interview: 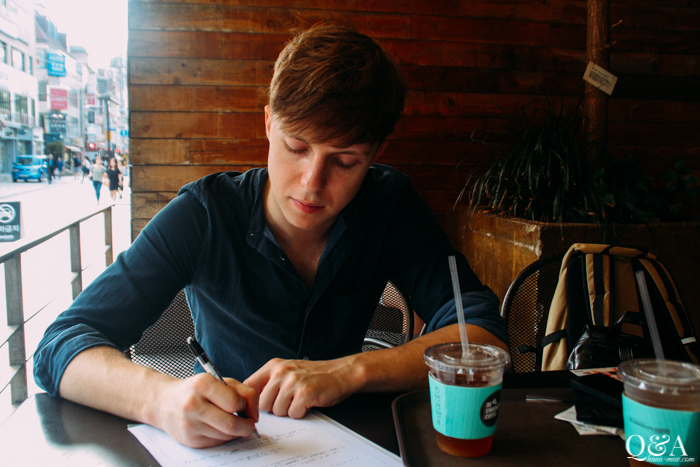 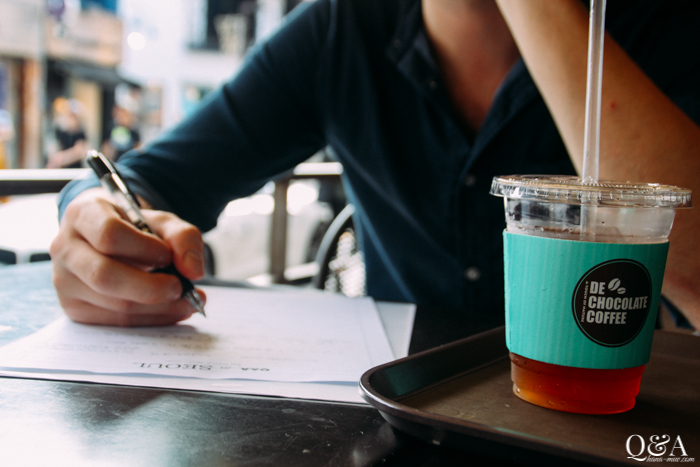 What do you aim for? I aim for a connection with ppl, a feeling of being one.

I try to push the korean underground scene. And make people discover a more emotional way of feeling music than the big club style.

Disadvantages and difficulties in your profession: You are never sure if you will make enough money, but I never worried about this.

Who or what inspires you: My dad, my friends, music, dancing

– these days: 서울시 by 하상욱 OR: Malcom Cowell Books

What do you think you will be doing in one year? Probably same as nowhopefully making more money.